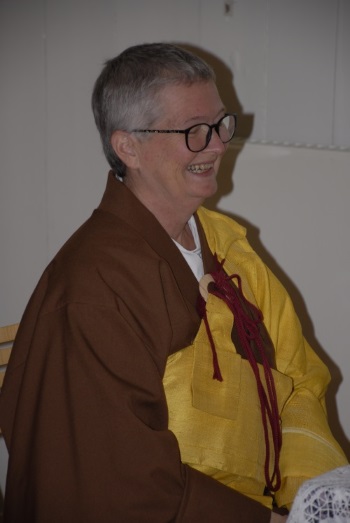 Anshin Tenjo Schröder (1957) was born in Rotterdam and grew up in Naarden (NH). She was educated at the Academie voor Expressie en Communicatie in Leeuwarden. Afterwards, she worked as a social worker in a womens' refuge in the same town.

In 1996 Tenjo had her first contact with zen at Noorder Poort. A year later she decided to live there. From 1999 till 2004 she was in training with Jiun Hogen as an unsui (Zen-Buddhist nun). Since 2004, she lives in Leeuwarden.

She is the founder and leader of the Dharmahouse in Leeuwarden, which officially opened in 2016.