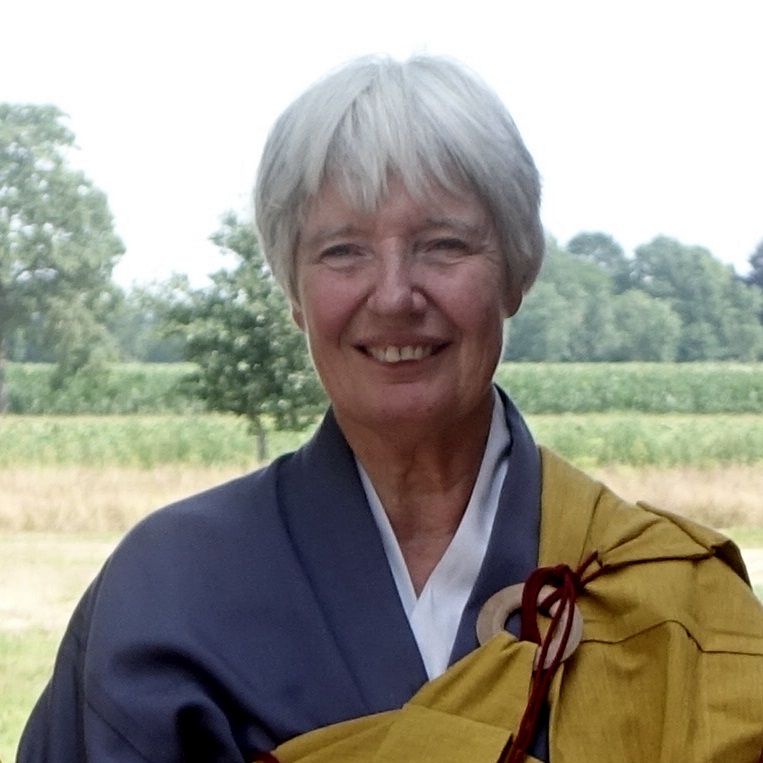 Myōkō Suigen Sint (1951) started her Zen training in 1990 with Prabhasa Dharma zenji. In 2011 when her two sons were grown up, she left her job as a teacher of computer science to live at Noorder Poort, where shortly afterwards she was ordained as an unsui by Jiun roshi. From 2003 she has been guiding meditation groups in Bloemendaal, in Zwolle and at Noorder Poort. In 2016 she was ordained as a Zen teacher by Jiun roshi, keeping the name Myōkō (Beautiful Brightness) given to her as an unsui. In 2019 she became an osho, with the name Suigen (Water Origin Manifested). At Noorder Poort she guides several programs, including introduction weekends, the walking retreat (together with Kyōsei Verboom) and the New Year sesshin.