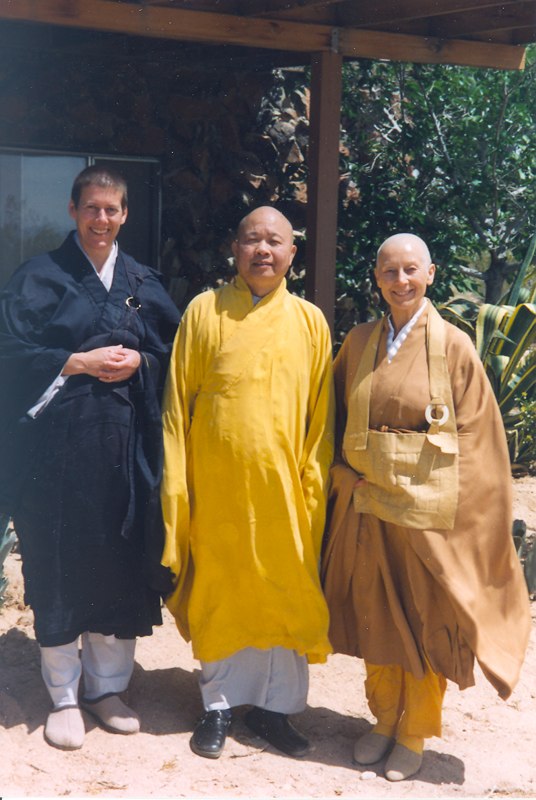 Born in Germany as Gisela Midwer, she lived the main part of her life in California. There, she trained for years under the Japanese Zen master Joshu Sasaki, who ordained her as a nun and teacher with the names Gesshin Myoko: Moon-Heart Wondrous-Light. In 1981, she formally left Joshu Sasaki and his sangha.

In 1981, she met the Vietnamese Zen master Thich Man Giac. In 1985, he bestowed upon her the 'Great Dharma Mind Seal Transmission' or inka and she became Prabhasa Dharma: Brilliant Dharma, the 45th generational heir of the Vietnamese Lam Te (Rinzai) Zen lineage.

From 1980 until her death, Prabhasa Dharma zenji trained Zen students in the U.S.A. and Europe. She developed a form of Zen practice that is not bound to any country or culture, although she maintained some elements of both Vietnamese and Japanese Zen.

Prabhasa Dharma zenji was also a great artist known for her prolific poetry and for her calligraphies.

"You all know that I come from the Zen Buddhist tradition. But when we follow a spiritual path and we go it all the way until the end, until the root of things, then we all arrive at the same source: the source of all that is. That is the Way of Zen."

In 1999, Prabhasa Dharma zenji appointed her Dutch disciple Udaka Kanromon as her successor and spiritual leader of the Zen center and IZI.  She thus became the 46th generational heir of the Lam Te lineage. On that occasion, Prabhasa Dharma zenji gave her the names Jiun Hogen: Compassion-Cloud Original-Dharma.