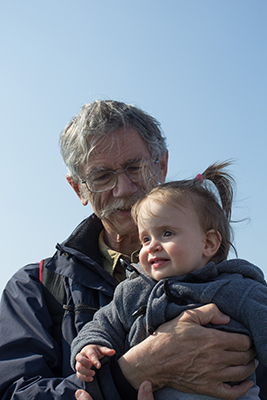 Maurits Hogo Dienske (1943) taught mathematics for 25 years until his retirement. He started Zen practice in 1980 and studied with Prabhasa Dharma zenji for twelve years. In 1999 just before her death, she ordained him as teacher of the International Zen Institute. He guides three meditation groups, two in Utrecht and one in Amsterdam. Because of his advancing age, he stopped his other Zen activities, including guiding sesshins. He practices the Zen arts of Chinese calligraphy and sumi-e.

He is the author of two books on Zen, both in Dutch: Zwijgen over stilte, spreken over zen and Je bent volkomen op je plek, toespraken over zen. The first of these is also available in German: Schweigen über Stille, Sprechen über Zen. The dharma talks he gives in Dutch to the Utrecht group are available on their website: www.zenutrecht.nl.